Home » Leaf of the Week » For Those Who Want to Lead, Find Some Weed

For Those Who Want to Lead, Find Some Weed 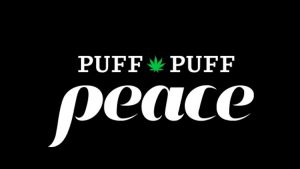 Looking at the world around me right now I have noticed, as I am sure many of you have, that people are angry. Just so happens there is an excellent relief for aggression out there. It can help people to chill out that temper a little bit and perhaps even rethink some of those rash decisions. I will give you one guess what it is. What is making folks so angry anyway? It could be lack of equality or the fact that many people’s voices are not being heard. It could be religious and cultural differences. It could also be that many people, especially those in the United States, are extremely misinformed. Or maybe, just maybe, it is because our leaders are not smoking enough of that sticky icky.
With all the incredible strains of weed growing throughout different parts of the world, perhaps we could make the next conference for world leaders be a gathering of the finest chronic strains of the world? Every country could bring their finest specimen. Did we forget the old adage that a friend with weed is a friend indeed? I mean, Donald Trump is a clown but he might actually be a fun guy when he is a little stoned up. If nothing else he would be funny to everyone else attending the newly organized weed conference. We cannot call it the G20 though, G13 maybe? No, that name is already taken.
To start the peace process, I would recommend that our President sits down and blazes up a bowl of the Jillybean. Jillybean is a strain that was born and bred by the seed breeder MzJill at TGA Subcool. It is a beautiful little strain that combines their Orange Velvet Skunk with Space Queen. Orange Velvet Skunk, according to the “Wikipedia of weed”, aka Leafly, hails from the Pacific Northwest of the United States. It is a funky indica with mellow effects. Not only is it found in Jillybean but TGA uses it in many of their other famous strains, most notably the Agent Orange. I have not personally been one to say that any weed strain tastes like food but it certainly does have an aroma that makes me think of tangerines. Space Queen, on the other hand, has always reminded me of the original Sour Diesel, a straight-to-the-head potent high that distorts your perception a little bit and puts you up in the clouds. TGA Subcool is known for making strains that are very flavorful and high in THC, Jillybean is one of their sweetest offerings. It takes the best characteristics from both parents and smashes them together into one potent strain that a recent friend described as a high that amplifies a good mood. It is personally the only strain I smoke that makes me giggle, cannabis just does not do that to me anymore. The flavor is strong, offering some much-needed aromatherapy before it is even smoked, reminding me of the first scents of Spring. It creates a mellow and calming head space that is frequently recommended for those suffering from a low mood or depression. One trait I enjoy is the motivated head buzz, and when this strain hits the body it relaxes without making you tired. World leaders would enjoy this strain because it calms an anxious head while maintaining energy. Jillybean is a strain that should be smoked all day, whether you are out riding on the trails, going to a concert with friends, painting a masterpiece, or even trying to solve the world’s problems.
The next bowl that should be roasted in an attempt at finding peace is the Cosmic Brain, yet another strain that has the Space Queen in it. Are we seeing a trend here? It is also no surprise that Space Queen has Chem Dawg genetics in it, long-time readers will remember that as my favorite. In addition to the lovely Space Queen, the mother is an Oregon Afghani out of the stash from the geniuses over at Dynasty Seeds. The Afghani influence is clearly noticeable in its appearance and flavor. The strain has an almost an acrid smell and taste, a mixture of pineapple and coffee beans. The taste of pineapple gives way to a deeply cerebral and hard hitting high that leans towards the psychedelic. There is a slight sting to the nostrils on the inhale, and a creamy flavor on the smoke. It is a strain that is reminiscent of classic west coast bud. Dynasty Seeds stabilizes old school genetics for new school customers, creating strains based on vigor, smell, and potency. Expect a bit of a trippy high that will expand your mind and amplify colors. The buzz is cheerful and can be counted on to chase your worries away. Unlike the Jillybean that will offer motivation this strain will shut off the clutter in the mind and make your eyelids heavy without making you sleepy. It will be obvious that you have taken a few tokes after this one. A little peace and awareness at once, a tranquil vacation for the soul. The anxiety that was created by today, or the events of tomorrow, will not dwell in your mind after smoking this incredible strain. Those sound like some pretty ideal conditions for discussing peace.
So now we have some suggestions for our world leaders, but what do we do about our problems back here at home? How can weed unify America and what can we smoke at home to calm the tensions? How can we soothe the stress everyone is feeling in America? How about a little something from the Kush family?