Home » Uncategorized » ‘Fit’ To Be President

‘Fit’ To Be President 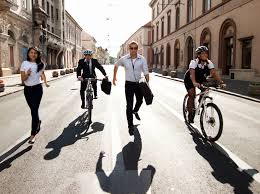 This week CNN reported the results of Donald Trump’s physical. It’s tradition for candidates, although not usually this early, to get a report on their health from a physician. It shows that the candidate is hale and hearty and ready for service.   Trump’s doctor declared him to be the healthiest candidate ever. I seriously doubt that is the case. For starters, Trump’s main form of exercise is golf.  Golf is a great pastime, a serious competitive occupation for some, and probably a lot of fun, but I wouldn’t call it an amazing fitness routine, unless you’re walking the course.  I doubt the Donald is walking! Furthermore, Trump admits that he doesn’t have a healthy diet.

We have a long history in America of electing fit presidents. George Washington was reported to be very fit and muscular. Teddy Roosevelt, John Kennedy, Ronald Reagan, Bill Clinton, both the younger and elder George Bush, and our current POTUS, who insists on a 6 day a week workout regimen, all made a commitment to some form of physical activity. Gerald Ford, the never elected president, was actually one of the fittest presidents we’ve ever had. So, who is the fittest of the presidential candidates? It’s tough to know for sure, but here’s what I know about some of the candidates’ physical activity habits.

Jeb Bush has made jokes about courting the CrossFit vote, a workout introduced to him by his son. He also follows a Paleo diet and has lost 40 pounds since the beginning of his campaign. USA Today reports that Carly Fiorina uses the elliptical and squeezes in Pilates while on the campaign trail.  Ben Carson, in keeping with his faith, is a lacto-ovo vegetarian, but there is no information available about his workout habits. Marco Rubio hits the gym on the campaign trail and at the Senate gym most days of the week. Rand Paul was a high school and college athlete, swimming competitively at Baylor.  He continues to demonstrate his commitment to fitness by posting selfies of himself when he’s out for a run.  Finally, Chris Christie has famously lost a great deal of weight, some reports say 80 pounds, after lap band surgery.  While the recommendations for lap band patients includes regular physical activity, there is no information available about Mr. Christie’s work out.

On the other side of the aisle, Hillary Clinton reportedly has a personal trainer that she sees three times per week and she practices yoga on the weekend. Ms. Clinton also follows the eating plan that her husband, former president Bill Clinton, began after his bypass surgery in 2004. Bernie Sanders, on the other hand, apparently doesn’t exercise at all.

Exercise is not the end-all be-all for health, but it does belie other good habits. I want a president who models good health habits and I believe that regular exercise demonstrates discipline. So, is Donald Trump the healthiest candidate ever? Probably not, but this is likely not the first thing said about Donald Trump, a man who is larger than life, that is a little exaggerated.