In a world of ever-changing industry, especially in terms of food production, Roost Farms encompasses community farming at its best. A Colorado native and former graduate of West Point Military Academy, Chris is familiar with hard work and taking action on an idea. The work ethic and drive instilled in him as a tank officer in the Army has led Chris to capitalize on his dreams and turning plans into reality. 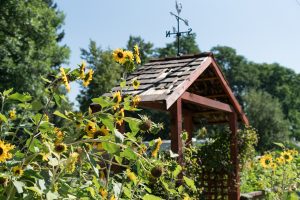 While working as a Pastor at a community neighborhood church in The Highlands, Chris decided he could make a bigger impact in his personal and professional life by embracing change, and this father, husband, and man of God took one of the biggest risks of his life. While Chris was no stranger to farms, as he has both family roots in farming and has apprenticed at a community farm, Chris took the leap and ordered 100 baby chickens in October of 2013.

Chris’ makeshift garage pen quickly became too small, and his search for a property materialized as he found a wonderful lot off 32nd and Wadsworth in Wheat Ridge. Chris is now in his 4th year of running a harvest share, community supportive farm, raising chickens, goats, keeping bees, and growing all sorts of crops on their beautiful and ever-evolving property. 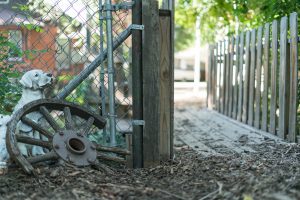 The life-force that Chris has created through Roost Farms has been a real hit in the community, and every October he sells his yearly shares to the locals who want to be apart of this wonderful experience. Shareholders often comment on the community he has built and love the weekly get together where the yield is split equally. Roost Farms has also been an important family element for Chris, as his wife bakes bread when she’s not teaching and his kids have become very involved in the farming process. 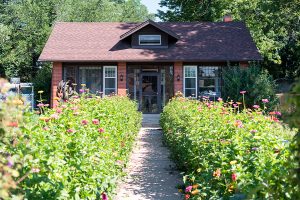