Don’t Trade Nolan Arenado…Just Quite Yet 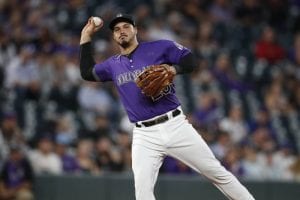 As teams report to spring training, tension in the Rockies organization has reached an all-time high.  Rumors are flying around that All-Star third baseman Nolan Arenado is unhappy with the direction of the ball club, and the treatment he is getting from General Manager Jeff Bridich, who has apparently offered up Arenado in multiple trade discussions.

It is so hard for me to pick sides on this one.

On the one hand, Arenado is a seven-time Gold Glove coming off another season in which he hit over 40 HRs, drove in more than 100 RBIs, while hitting over .300.  He’s the best player on the team, one of the best players in the league, and undoubtedly the face of the franchise.

And yet, Arenado is complaining about the organization after recently signing an 8-year/$260 million contract that makes him one of the highest paid players in baseball.  And that big payday had lousy returns as the Rockies won only 71 games last season. 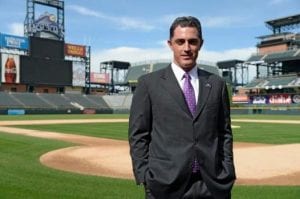 On the other hand, Jeff Bridich guided Colorado to playoff appearances in 2017 and 2018, and as the GM, if a player doesn’t want to be here, it’s his job to get the most out of any trade deal possible.

And yet, it sounds like Bridich doesn’t know how to handle superstars, whiffed miserably assembling a team that won only 71 games last season, and if one had to choose between keeping Nolan Arenado or Jeff Bridich, the decision is an easy one.

Regardless of who is at fault, or who needs to be the bigger man here, the prudent thing is to NOT TRADE NOLAN ARENADO!!!…or at least, not quite yet.

And here are five reasons why. 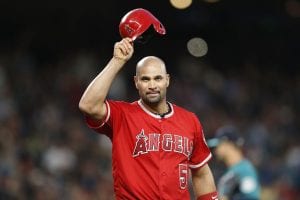 Alan Tapley
Alan Tapley is an educator, author, and blogger who has lived just outside of Boulder for the last twenty years.  His published work includes two novels, two children’s books, a series of cartoons in the Minneapolis Star-Tribune, and multiple sports related articles. His love for family and the state of Colorado is only matched by one thing, his passion for sports.  The first baseball game he ever attended was at Wrigley Field, before there were lights.  At the final Bronco game at the old Mile High, he allegedly cut out a piece of his seat in the South stands.  But regardless of being here for the Avalanche’s last Stanley Cup, the Rockies only World Series appearance, and all the Broncos’ Super Bowl Victories, his wife never fails to remind him that he wasn’t at the University of Colorado in 1990, like she was.  The year the Buffs football team won the National Championship.
Tagged: Albert PujoisColorado RockiesJeff BridichJustin TurnerMLBNolan ArenadoTroy Tulowitzki