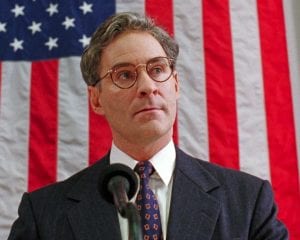 The University of Iowa announced that it will be cutting four athletic programs starting in the 2021-22 school year as revenue decline due to COVID-19, and the apparent absence of college football, continue to dismantle athletic departments across the country. 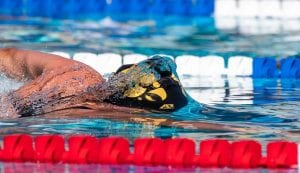 The Hawkeyes will drop Men’s Gymnastics, Men’s Tennis, and Men’s and Women’s Swimming and Diving from their program, joining Stanford, Boise State, Dartmouth, and a long list of Division I schools that have cut nonrevenue sports in an effort to trim expenses.

Despite the vast economics departments, numerous professors, and most prized intellectuals, the universities all seem to have the same plan when it comes to making up for revenue loss in the world of college sports.  Cut nonrevenue sports and raise tuition.

That’s when I thought about the movie Dave, and how it could save college sports.

Dave is an early 90’s movie in which Kevin Kline plays an ordinary Joe who just happens to look exactly like the President.  Long story short, Dave ends up trimming $650 million off the National Budget in a oval office lunch meeting by seeking the advice of another ordinary Joe, his neighborhood tax accountant, and after working with department leaders, cutting the budget, reallocating funds to a local foundation for kids, and convincing the Department of Defense to hold off payments to delinquent defense contractors and instead investing those funds into interest bearing savings accounts, saves the day.

One can argue about the importance of tennis, soccer, or any nonrevenue sport within a college system, but within the business of education, finding a little extra money shouldn’t be an issue.  The University of Iowa has an endowment worth 1.58 billion dollars, 35,000 students, an average out-of-state tuition rate of $47,000 per year, and if I were Dave, the ability to find about $3.5 million in order to save the day.

Does it make sense to spend university money to fund nonrevenue athletic programs like fencing or squash?  Probably not.  But keep in mind that in recent years football teams like UCLA, West Virginia, and Purdue have failed to show a profit, while less than half of division I basketball programs turned a profit in 2018.  With increase costs and lost revenues due to COVID-19 across college athletics…are you sure your team isn’t next?

Alan Tapley
Alan Tapley is an educator, author, and blogger who has lived just outside of Boulder for the last twenty years.  His published work includes two novels, two children’s books, a series of cartoons in the Minneapolis Star-Tribune, and multiple sports related articles. His love for family and the state of Colorado is only matched by one thing, his passion for sports.  The first baseball game he ever attended was at Wrigley Field, before there were lights.  At the final Bronco game at the old Mile High, he allegedly cut out a piece of his seat in the South stands.  But regardless of being here for the Avalanche’s last Stanley Cup, the Rockies only World Series appearance, and all the Broncos’ Super Bowl Victories, his wife never fails to remind him that he wasn’t at the University of Colorado in 1990, like she was.  The year the Buffs football team won the National Championship.
Tagged: #teslaCollege SportsDartmouthNCAANick SabanRobinhoodStanford UniversityTitleistUniversity of Iowa