Home » Blog » Sports » Could Jokic Get the All-Star Snub? 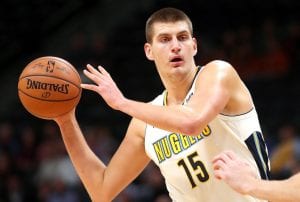 The Denver Nuggets are off to their best start in 30 years as they lead the Western Conference with a record of 29-13.  They’ve won twelve home games in a row, are 18-3 at the Pepsi Center, and have already had quality wins over Toronto, Boston, Golden State, and others.  And after the early returns from the NBA All-Star balloting, the Nuggets look to have their first All-Star since Carmelo Anthony played in the game back in 2010-11.  That’s right NBA Nation! The Nuggets are center stage, and Nikola Jokic is ready to represent. The only problem is, he may not be selected. 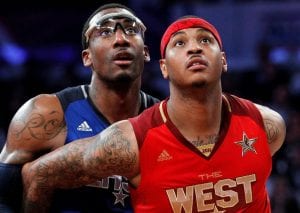 Yes, I know that Nikola Jokic is averaging 20 points, 10 rebounds, and almost 8 assists.  I realize that he scored 40 points the other night, he’s a max-contract player, and the best player on what the record indicates to be the best team in the Western Conference.  It should be a no-brainer, but in a league full of stars, Jokic may need to wish on one in order to have this dream come to fruition.

In 2018, the NBA came up with a creative solution to bring intrigue to the stale format of the All-Star game by naming two captains and having them pick their squad regardless of conference.  The caveat is that the league still decided on which 12 players would represent the Western Conference using a combination of fan votes, coaches, and player’s votes. Jokic needs to crack the top 12 in order to play, and the deck is pretty stacked. 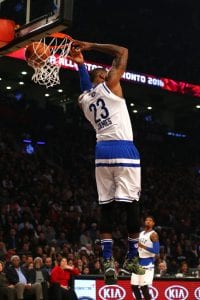 Lebron James (LAL) is the captain of the Western Conference team, so he’s obviously in.  Kevin Durant (GSW), James Harden (HOU), Anthony Davis (NOP), and Steph Curry (GSW) will most likely round out the starting pool, leaving seven spots up for grab.

Russell Westbrook (OKC) and Paul George (OKC) are fan favorites, while Damion Lillard (POR) is a sure-thing.  That leaves Jokic with four openings.

In the popularity contest that is the NBA, it would be easy to see Golden State’s Klay Thompson or Draymond Green making the squad. San Antonio’s DeMar DeRozan (22 pts, 6 reb, 6 assists), Minnesota’s Karl-Anthony Towns (22 pts, 12 reb), and Phoenix’s Devin Booker (25 pts, 7 assists) have all put up All-Star quality numbers.

And then there is Luca Doncic.  Doncic, the number three overall pick in the 2018 NBA draft, has wowed the league as the 19 year-old Slovenian rookie has averaged 20 pts, 7 rebounds, and 5 assists per game.  The Dallas Mavericks are only 20-23, but Doncic is currently trailing only Lebron while leading both Kevin Durant and Anthony Davis in vote getting. 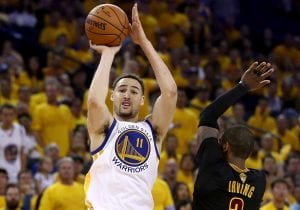 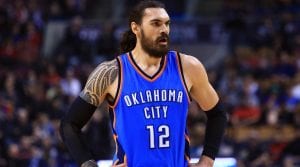 Nikola Jokic is only 7th in the voting, just ahead of the Laker’s Kyle Kuzma, and just behind Oklahoma City’s Steven Adams. 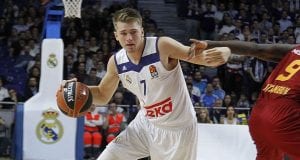 The reality is that Jokic will probably make the squad as long as the Nuggets keep winning games, but with only 15 or so games left until the All-Star game, he may need a lot more votes, or a lot more triple-doubles to hold off Doncic, Klay, or even Steven Adams.

Alan Tapley
Alan Tapley is an educator, author, and blogger who has lived just outside of Boulder for the last twenty years.  His published work includes two novels, two children’s books, a series of cartoons in the Minneapolis Star-Tribune, and multiple sports related articles. His love for family and the state of Colorado is only matched by one thing, his passion for sports.  The first baseball game he ever attended was at Wrigley Field, before there were lights.  At the final Bronco game at the old Mile High, he allegedly cut out a piece of his seat in the South stands.  But regardless of being here for the Avalanche’s last Stanley Cup, the Rockies only World Series appearance, and all the Broncos’ Super Bowl Victories, his wife never fails to remind him that he wasn’t at the University of Colorado in 1990, like she was.  The year the Buffs football team won the National Championship.
Tagged: Anthony DavisCarmelo AnthonyDamian LillardDeMar DeRozanDenver NuggetsDraymond GreenGolden State WarriorsJames HardenKevin DurantKlay Thompsonlebron jamesLuka DoncicNBANBA All-StarNikola JokicPaul GeorgeRussell WestbrookSteph CurrySteven Adams