Confessions of a Bronco Fan 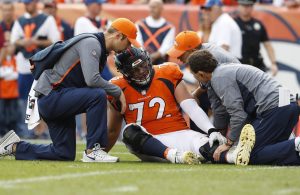 It was only two years ago that the Broncos were hoisting the Lombardi Trophy as glitter rained down LoDo. Missing the playoff’s last year was unfortunate, but most of Orange Country assumed that with another year of growth in Trevor Siemian, the rise of Paxton Lynch, a few coaching changes, and Von Miller and company, Denver would again challenge for supremacy.  But after an eight-game losing streak filled with turnovers, blow-outs, and eventual playoff elimination, the real challenge was whether I could survive the rest of the season. Confessions of a Bronco fan: