Home » Blog » Are the Flatirons Remnants of Ancient Beaches?

Are the Flatirons Remnants of Ancient Beaches?

You will learn how Boulder’s iconic Flatirons formed. Turns out, Boulder was once beachfront property. 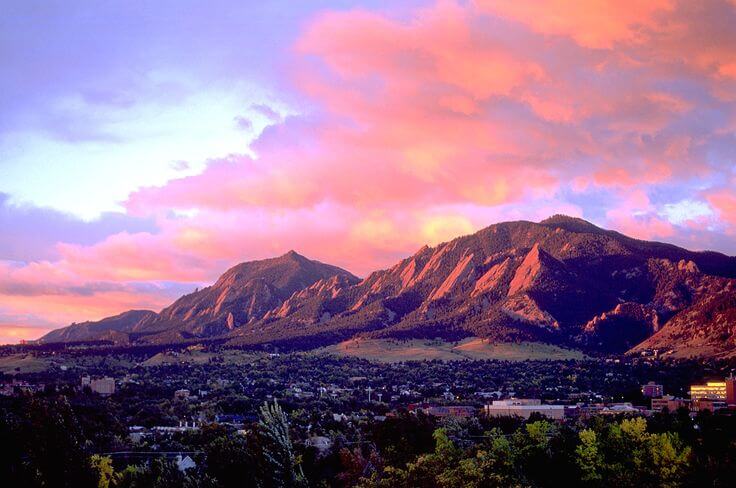 The Flatirons are Boulder’s favorite portion of the Fountain Formation, a geological formation of mostly red sandstone. This sandstone, more appropriately called “arkose” gets its color from the pinkish feldspar contained it it. This red rock makes up the Red Rocks of Morrison and the Garden of the Gods in Colorado Springs.

The Fountain Formation stretches from Colorado Springs all the way to Wyoming. The reddish color is due to the concentration of feldspar in the sandstone, which is pinkish in color by itself. Other chemicals present in the rock can shade it from pink, to red, and as far as purple. But where did all this rock come from?

Well, geological theories have said that Boulder Colorado and the rest of the Fountain Formation was the shore of an inland sea about 300 million years ago. This sea deposited clay minerals over eons and formed the basis for the Flatirons. Over time, the clay solidified into feldspar. But that means the red rock formed at sea-level. How did it get into the air over Boulder? 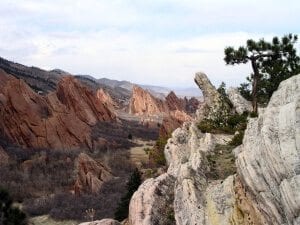 Plate tectonics theories had to come up with an answer for how the Flatirons rose above the plains. Normally a place where two tectonic plates meets creates mountains within 200 miles of the plates.  The Flatirons sits 600 miles from the shore of California, its nearest tectonic plate intersection, aka. “Fault”. Geologists speculate that a particularly low-angled subduction of one tectonic plate beneath the other caused mountainous bulges deeper into the North American continent, which pushed up the Flatirons and its neighboring mountains. It makes sense that these special formations needed a special answer for their existence.

The Flatirons won’t be around forever though. Another reason they are so prominent is that all the earth which was pushed up with the Fountain Formation was much softer and eroded away with time. For now we have these huge, uniformly red, rock faces, but these too shall pass. The Fountain Formation is fairly brittle, and millions of years from now they will be gone.

Appreciate these lovely geological wonders today. We hope this was informative. Have a great day.