More than most countries, America runs on narrative. We call ourselves a shining city on a hill, lay claim to exceptionalism.* We brand ourselves as a nation of self-starters, rugged individualists, a place where a person from humble beginnings can rise all the way to the top through nothing more than determination and grit. 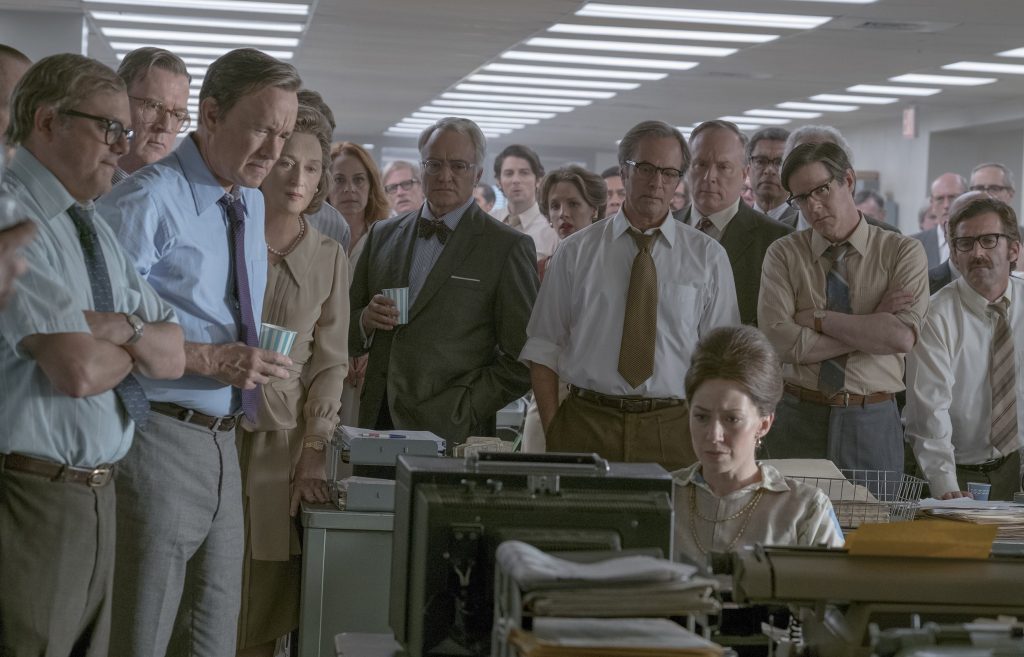 Is it all true? Obviously, it’s better if it is true, but we have an almost singularly unique talent for lying to ourselves. We talk about our love of freedom, then take steps to disenfranchise people of color. We believe that anyone can become a success, then defend policies that create massive inequality. Over time, what was once a shared narrative fractures, and soon it appears that we’re living in completely separate countries.

Latching onto a positive narrative has always been important, yet these days it somehow feels more urgent. There’s a big difference between what we want to be true and what truly is. When our government delivers information to us, we want to believe that they’re being honest and that they have our best interests at heart. To paraphrase something Henry Rollins once said, anyone in America who isn’t a little cynical isn’t doing their job.

That’s what the free press is supposed to do. Yes, they should report the news without fear or favor. More importantly, they should speak truth to power, particularly when the powerful lie. Steven Spielberg was struck by the cavalier approach to truth taken by the Trump Administration. His latest film,The Post, is a response to that. But is it an effective one? 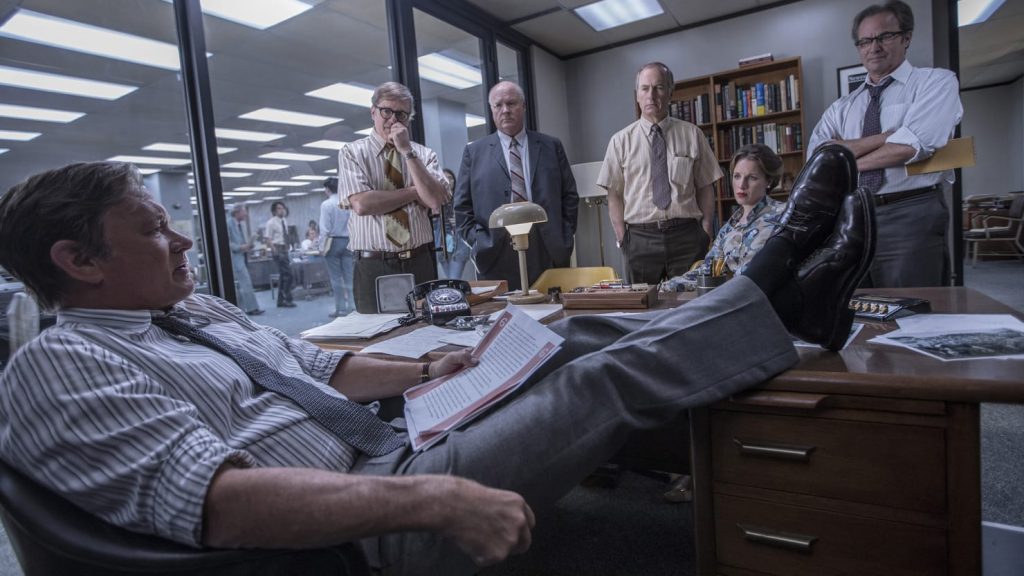 We begin in Vietnam,** and with Daniel Ellsberg (Matthew Rhys). He has access to a massive report chronicling the history of U.S. involvement in the Vietnam War. The conclusion is a depressingly simple one. The war cannot be won. Yet multiple administrations, Democratic and Republican, insist that victory is just around the corner. To admit otherwise would be humiliating to the country. As a result, troops continue to be sent to their deaths.

Ellsberg wants to expose the truth, and he steals thousands of pages of what became known as the Pentagon Papers. We move forward to 1971, and the New York Times has access to the papers through a source. They begin publication, and the Nixon Administration demands that publication cease immediately due to national security concerns. The courts agree. Ben Bagdikian (Bob Odenkirk) is a reporter for the Washington Post, and he’s got access to the same source. Through some top-notch work, Bagdikian gets his hands on stacks of sensitive documents.

Now what? By publishing more of the Pentagon Papers, the Post could potentially go out of business, and the people involved could be charged with treason. Editor Ben Bradlee (Tom Hanks) has no doubts that publication is the right thing to do, and if it means going to war with the White House, then so be it. For Kay Graham (Meryl Streep), things aren’t quite so simple.

She’s the publisher of the Post. A wealthy socialite, her father bought the Post in 1933, then tasked her husband Philip Graham to run it. But after Philip’s suicide, Kay took charge, and she stepped into a world where the opinions of a woman were not taken entirely seriously. Complicating matters is her long friendship with Robert McNamara (Bruce Greenwood), one of the architects of the Vietnam policy. To authorize publication of the Pentagon Papers could destroy the company built by her family and land her in jail. 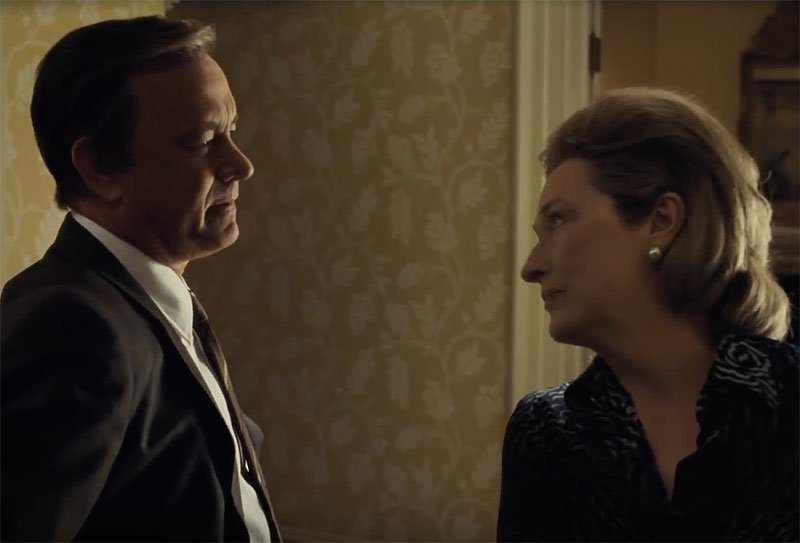 What we have here with The Post is, first and foremost, an ethical thriller. It’s a pretty good one that should be great considering the talent behind it. We all know that films don’t exist in a vacuum, and this film is no different. In February of 2017, pre-production of another Spielberg project stalled out. He read the first draft of The Post and was struck by the parallels between Nixon’s war on the press and Donald Trump’s ascendance to the presidency and repeated claims of fake news. In May, shooting began, and the film opened to limited release in December.

The speed with which this film was made is astonishing. Ridley Scott would be impressed. However, to be effective, that sense of urgency should come from a place of anger toward the rampant destruction of a cherished institution. The Post should be angry, and Spielberg has never made an angry film in his life. Don’t get me wrong, it’s a handsome film that, when it gets going, has an economy of storytelling that most other filmmakers simply can’t match. Yet it takes a good 45 minutes to build up a real sense of momentum, and we never feel the sense of existential terror that the real events likely produced.

Part of the problem is the screenplay by Liz Hannah and Josh Singer. The stakes never feel quite high enough, and we should feel the uncertainty of real events happening to the characters and their responses to it. It frequently feels a little too Hollywood. A film like Spotlight effectively shows journalism operating in real time, and this film can’t quite match it. There are also several instances where characters outright state the themes of the film, and they baldly tell and not show. Nobody would say the line, “Jefferson just rolled over in his grave,” out loud in real life, and if they did, they would be viciously mocked for it.

As shaky as the script is, Spielberg’s cast more than makes up for it. This is his fifth collaboration with Tom Hanks and, as Ben Bradlee, Hanks has the appropriate degree of gravitas and dignity. Essentially every year, Meryl Streep is nominated for an Academy Award. She’s astonishingly talented, but I think we’re too often blinded by her and we wrongly perceive a good performance to be sublime. Sometimes it takes an icon to push another icon, and Spielberg draws out an impressively nuanced performance from her. As Kay, she makes us feel the uncertainty and pressure, even if she’s underserved by the script. 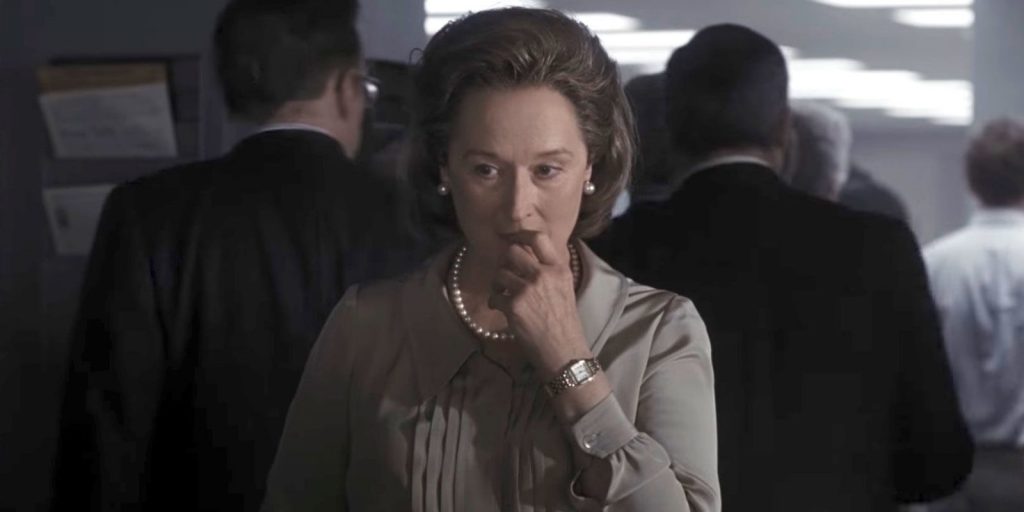 There’s a murderer’s row of shockingly talented actors supporting Streep and Hanks, including Carrie Coon, Bradley Whitford, Jesse Plemons, Tracy Letts, Sarah Paulson, and David Cross.*** The film is stolen by Bob Odenkirk as Ben Bagdikian. He feels a little grittier than everyone else, and gives us a feel of what a more urgent and dirty version of this film could have been.

For supporters of President Trump, The Post absolutely won’t change their minds. That’s a pity, but I’m not sure it necessarily has to. It has relevant points to make about the value of the First Amendment and the necessity of a free press. I wonder how it will hold up years from now, and while I don’t think it makes its points as elegantly as other Spielberg films like Munich or Lincoln, it offers a narrative that’s as urgent now as the events of 1971.

*Why do we never hear about Australian exceptionalism, for example?

**And, of course, Credence Clearwater Revival is on the soundtrack, dammit. Look, I like CCR, but their music has been in approximately 14,550 movies about the 60’s and Vietnam. For the next 50 years, any filmmaker caught using CCR in a sequence set in Vietnam should be caned.

***I was delighted to see a miniature Mr. Show reunion with Cross and Odenkirk.

Tim Brennan
Tim has been alarmingly enthusiastic about movies ever since childhood. He grew up in Boulder and, foolishly, left Colorado to study Communications in Washington State. Making matters worse, he moved to Connecticut after meeting his too-good-for-him wife. Drawn by the Rockies and a mild climate, he triumphantly returned and settled down back in Boulder County. He's written numerous screenplays, loves hiking, and embarrassed himself in front of Samuel L. Jackson. True story.
Tagged: bob odenkirkbruce greenwoodjosh singerliz hannahmeryl streepsteven spielbergthe posttom hankstracy lettszach woods