Home » Blog » Movies » All The Secret Whisperings Of The World

All The Secret Whisperings Of The World 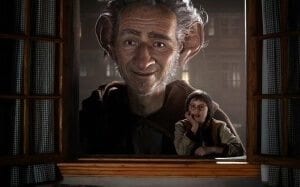 24 years old isn’t far from childhood. It’s far enough that you have lingering memories, but you’re anxious to be a grown-up, particularly when everyone else seems more grown-up than you. It seems like everyone else knows what they’re doing, so you maybe have to fake it a little.

It’s likely that these thoughts went through the 24 year old head of Roald Dahl. World War II had begun, and he had joined the Royal Air Force to do his bit. He was assigned to fly a Gloster Gladiator, the last biplane aircraft that was used by the RAF. It must have been worrying to know that he was flying obsolete aircraft. Even more worrying was the fact that he received no training in either aerial combat or in the particulars of the Gladiator. He probably just received gruff encouragement to do his duty, and up he went.

On September 19, 1940, Dahl was ordered to fly his Gladiator from Egypt to Libya. During the last leg of his journey, he ran low on fuel and couldn’t find the landing strip. He trusted that, somehow, things would work out, and he attempted a desert landing. The undercarriage of his biplane struck a boulder, causing a crash. Dahl received a fractured skull, a broken nose, and temporary blindness for his trouble. He was able to escape the fiery wreckage and awaited rescue. Somehow, things worked out.

If things had gone differently! We would have been deprived of clever and macabre short stories like The Smoker. We would have been robbed of the screenwriter of You Only Live Twice. Perhaps most notably, we would never have been able to experience his timeless children’s fiction, and works such as Charlie and the Chocolate Factory and The BFG would have gone unrealized. But, as they so often do, things worked out. Now, Steven Spielberg has made a film adaptation of The BFG, and while it’s a minor work in his astonishing filmography, it’s an impressive work just the same.

We meet Sophie (Ruby Barnhill), a young girl living in a rambling London orphanage. She has insomnia, and she roams the lonely corridors during the witching hour of 3:00 AM, an orange cat her only company. While gazing out at the cobblestone streets, she sees something impossible. A giant. A Big Friendly Giant (Mark Rylance), to be precise, who makes his way through the darkened streets with surprising grace. His massive hand reaches through the window of the orphanage and snatches Sophie right out of her bed. She’s on her way to Giant Country.

Understandably, Sophie is worried at first. She soon discovers that the BFG is a kind soul. He spends his days harvesting dream essence and delivering it to the people of the world. Yet all is not copacetic in Giant Country. The BFG is actually the smallest giant. His neighbors, with names like Bloodbottler (Bill Hader), Childchewer (Jonathan Holmes), and the biggest and worst of all, Fleshlumpeater (Jemaine Clement), are all violent, dumb as toast, and fans of devouring children. Sophie and her embiggened friend must stop the other giants from eating children, and more importantly, find their place in the world.

The BFG is light when it comes to plot. Very, very light. But it’s meant to be a film aimed squarely at younger kids, and long stretches are spent with Sophie and the BFG just hanging out and having gentle adventures. Instead of a strong narrative, it feels more like a tone poem, where we’re treated to wonder with an undercurrent of sadness. It’s also a tone poem performed by a master of cinema and one of the greatest directors to ever live.

I’m not sure that this film will become a beloved children’s classic since there are too many moments where the pacing slows to a halt. Yet when the film works, it works like crazy. A scene in the middle of the film where the BFG takes Sophie to a magical tree where he collects dream variations is lovely. It’s also a rumination about Spielberg’s role as a weaver of dreams, where he’s able to evoke particular emotions at just the right time. Perhaps the other giants are a metaphor for other filmmakers who are louder, dumber, meaner, and Spielberg’s decent humanism is sometimes ignored in favor of their bombast.

Last yeat, Spielberg made Bridge of Spies, an excellent Cold War thriller that nabbed an Oscar for actor Mark Rylance. During the making of that film, Spielberg realized that Rylance was his BFG , and his instincts were not wrong. Sporting a Northern English accent and throwing out Roald Dahl-isms like delumptious with abandon, Rylance is marvelous. He’s kind, curious, and a little lonely and sad. He also learns to be brave, the kind of bravery that comes from standing up to someone much bigger.

He learns that from Sophie, of course. This is Ruby Barnhill’s debut film. Like the impossibly young Drew Barrymore in E.T., Spielberg has a knack for casting talented young actors that are magnetic on screen. As Sophie, Barnhill is smart, loyal, and tough. She’s got a ton of charisma, and the chemistry she develops with Rylance is lovely.

Melissa Mathison, who sadly passed away last year, wrote the screenplay. She worked with Spielberg previously, most notably writing the script for E.T., and some similar themes of outsiders creating their own families are at play. While the second act goes a little longer than it should, Mathison and Spielberg are firmly in sync, and her words nicely compliment his images.

In the end, though, it all comes down to Dahl’s novel. It was written in 1982. Then, much like now, most children’s fiction played it safe. But Dahl was able to weave some darkness within the whimsy. He was the rare adult that credited children with having intelligence and grit, and he figured they could handle the tough stuff. He was right of course, and we continue to see that today through the work of his spiritual successor J.K. Rowling.

While The BFG is perhaps a lesser Spielberg film, his lesser efforts are better than the best efforts of many others. This is a film of genuine kindness, and in today’s world especially, kindness is something that cannot be overvalued. It reminds us that, even when our difficulties tower over us, somehow, things work out.

Tim Brennan
Tim has been alarmingly enthusiastic about movies ever since childhood. He grew up in Boulder and, foolishly, left Colorado to study Communications in Washington State. Making matters worse, he moved to Connecticut after meeting his too-good-for-him wife. Drawn by the Rockies and a mild climate, he triumphantly returned and settled down back in Boulder County. He's written numerous screenplays, loves hiking, and embarrassed himself in front of Samuel L. Jackson. True story.
Tagged: bill haderjemaine clementmark rylancemelissa mathisonroald dahlruby barnhillsteven spielbergthe bfg