1999 Called, They Want Their Movie Back 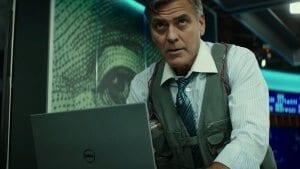 Good movies possess fearsome power. They can inspire you or piss you off, provide you with the motivation to get up and do something. Even in our age of disposable media, what else has that kind of influence?

Consider this. Brokeback Mountain punched through decades of homophobia and, with an aching love story, helped to “normalize” the LGBT experience. Coming at a time of renewed racial tensions, Selma dropped viewers into the midst of the civil rights movement and reminded us that we’re truly doomed to repeat history unless we have the moral strength to overcome it. The Big Short was a howl of rage against a fundamentally corrupt capitalist system.

But let’s say you wanted to sand the edges off your message movie, you know, to make it fun. You want big stars, an easily hateable bad guy, and a screenplay that only makes you think a little. Maybe you’re looking for a flick that, as you exit the theater with your sweet babboo, you say to each other, “You know honey, it really sucks having all aspects of our lives controlled by a pitiless oligarchy and knowing the American dream is a cynical lie. Oh well, sorry to be a Debbie downer, let’s get a chalupa.” Well, then, buckaroo, Money Monster is your movie.

A film that would have been relevant, oh, before the economic crisis of 2008, Money Monster introduces us to scumbag TV personality Lee Gates (George Clooney). He’s the Jim Cramer-esque host of a slick cable financial show, crammed with hyperbole and goofy gimmicks in order to liven things up. Lee brags about how he hasn’t eaten dinner alone since the 90’s, and he’s the kind of guy who confuses sarcasm with wit. Success will do that, sometimes. His program director, Patty Fenn (Julia Roberts), has worked with him for a long time, long enough to know she’s got better things to do with her professional life. That’s why this is her last day working with Lee, only she hasn’t told Lee that.

This being her last day on the job, things will naturally go to hell. During the broadcast, working-stiff Kyle Budwell (Jack O’Connell) storms the set. He jams a gun in Lee’s face and forces him to put on a bomb vest. Kyle holds a dead man’s switch, so if he dies and releases the button, Lee and his crew go to the great Berkshire Hathaway Shareholders Meeting in the sky. Kyle’s a bit perturbed since he lost $60,000 on a bad stock tip Lee provided. Kyle does not want his money back. He just wants an explanation, for someone in a position of power to admit that the system is rigged. Yet he forgets that an explanation coming at gunpoint doesn’t carry a hell of a lot of weight. Plus, what does he expect to happen after the admission of guilt? Democratic socialism blooming across the land, as far as the eye can see? Kyle is, unfortunately, kind of an idiot that way.

Since this film is your standard-issue techno-thriller from the 1990’s, the stock tip is caused by a glitch in an algorithm, or is it? It gets more complicated when the company’s CEO (Dominic West) is on his private jet, out of the range of pesky inquiries. Unfortunately for his chief communications officer Diane Lester (Caitriona Balfe), she’s stuck between staying on message and wrestling with her conscience.* Within the control room, Patty must get to the bottom of a lame conspiracy while Lee must deal with Kyle’s incoherent ranting and attempt to not get killed. There are additional complications in the form of the NYPD, led by Captain Powell (the great Giancarlo Esposito).

As you may have guessed, Money Monster is kind of dumb. It’s frustrating because it’s made by smart people, particularly director Jodie Foster. Foster’s not a bad director, far from it. Her style is slick, and there are a couple of fun moments where expected story beats are savagely undercut. While she gets good performances from her cast, tension is inconsistent. If we’re watching a paranoid thriller, we should feel the suspense remorselessly ratcheting up, but there are too many instances where the energy fizzles out or isn’t there in the first place.

You may have noticed that I frequently bad-mouth screenwriting how-to guides. I do that because they make it easier for lazy writers to continue bad habits. Bad habits like putting so much focus on the main characters that side characters never get a chance to develop.** Plus, we have yet another evil CEO, instead of acknowledging the widespread systemic failure of the modern financial markets. Screenwriters Jamie Linden and Alan DiFiore & Jim Kouf hit all the standard character beats, like egotist Lee rediscovering his humanity,*** but that’s the problem. If it feels like a standard character beat while you’re watching, then it’s poor writing. A character changing should feel natural, and there’s not much that’s organic here. The plot also goes hilariously off the rails in the third act. My suspension of disbelief got a greater workout here than when I saw Captain America: Civil War.

We have a cast full of pros that try to elevate the material. Julia Roberts brings intelligence and flinty professionalism to her role as Clooney’s director. I enjoy seeing smart characters who are good at their jobs, and it’s great seeing Roberts suppress her fear during the hostage crisis and do her job well. This is the fourth time she’s worked with Clooney, and despite only having a few minutes of screen time together, they have an easy chemistry. Clooney is not quite as successful in his role. He nails the cocky wiseass aspect, but he overplays the fear and he delivers a monologue that’s meant to be sincere with heavy insincerity.

Let’s talk about Jack O’Connell for a moment. He’s an exciting actor that’s worth watching, but he can’t break free from the lousy script. You can see him trying, but he’s playing a character that’s essentially a nitwit. He yells and he threatens, but we don’t get to see another side of his personality until the film is nearly over. There’s a strange decision on the part of the script that the blue-collar guy is an inarticulate meathead, whereas the white-collar professionals are all glib and well-spoken. O’Connell is also sporting a New York accent that would only be used by a non-New Yorker.

I don’t enjoy bashing this film. Clooney, Roberts, and O’Connell frequently do quality work. Jodie Foster is ridiculously talented. Money Monster should have been smart and cynical like Network or The Big Short. Instead, it just made me wish I’d watched those movies instead.

*Though I do like the theme of smart women stuck working for preening egotists. I suspect Jodie Foster has seen a little of that first hand,

**The movie focuses so much on Clooney’s life being in peril, but never mentions that his loyal crew would be just as dead.

***Stockholm syndrome comes on in record time for these hostages.

Tim Brennan
Tim has been alarmingly enthusiastic about movies ever since childhood. He grew up in Boulder and, foolishly, left Colorado to study Communications in Washington State. Making matters worse, he moved to Connecticut after meeting his too-good-for-him wife. Drawn by the Rockies and a mild climate, he triumphantly returned and settled down back in Boulder County. He's written numerous screenplays, loves hiking, and embarrassed himself in front of Samuel L. Jackson. True story.
Tagged: caitriona balfedominic westgeorge clooneygiancarlo espositojack o'connelljodie fosterjulia robertsmoney monster