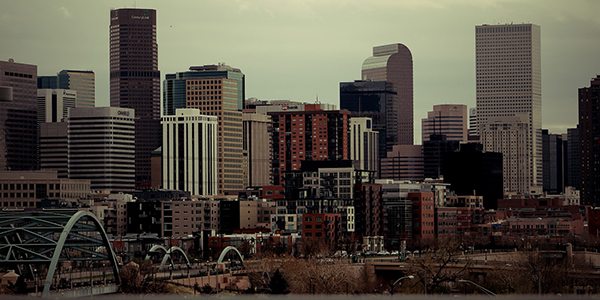 Denver is a hugely diverse city that has a ton to offer. From a great music scene, to delicious food, amazing outdoor activities and awesome nightlife, Denver really has something for everyone. Because of this, it’s no wonder Denver has always been able to hold its own in the world of beautiful and popular places to visit. Recently however, it has turned from a fun place to visit, to one of the most popular places to settle down in America! Sure, some of this probably has to do with the legalization of marijuana, but more and more often you hear it’s simply because of the culture. A culture built by over a century of unique and exciting Denver history!

With that, I’m incredibly excited to introduce OnDenver.com’s new History column! Here we will explore all the awesomeness that is Denver. From cool facts surrounding it’s founding, to the birth of some amazing Denver bands, artist and food, and of course the most popular haunted spots in town, we will cover it all!

To get us started though, here’s a list of 10 fun Denver facts you probably didn’t know.

Jade Cutler
Jade was born and raised in Denver, Colorado. She grew up wandering16th street mall, relaxing near the Platte River, frequenting local coffee shops and music venues and learning all the ins and outs of the city she loves. Later she attended Metropolitan State University of Denver where she attained her BA in Philosophy, Minor in Psychology and Concentrations in both English Literature and Women’s Studies. Additionally, while still in school Jade began her freelance writing career which, four years later, is now her full-time occupation. She also loves to travel the world, explore new places and take time to connect with and learn about the world around her. Not to mention she is nearly always down for a glass of wine and a good conversation. In short, Jade is full of energy and happiness, and has a deep passion for learning all she can about how best to enjoy and live life via history, reflection and a positive outlook towards the future.
Tagged: Denverdenver factsdenver history