Home » Blog » Sports » Did You See the Avs Hot Start? Neither Did I.

Did You See the Avs Hot Start? Neither Did I.

The Colorado Avalanche are off to a blistering beginning to the 2019-20 NHL season, and it’s must-see TV.  Going 5-0-1, the Avs are off to their best start in team history as young stars like Mikko Rantanen (4 goals and 5 assists), Nathan MacKinnon (3 goals and 6 assists), and Gabriel Landeskog (2 goals and 4 assists) highlight a team filled with depth and chemistry.

If you like goaltending, there’s been nothing better than watching Philipp Grubauer (2.57 GAA) and Pavel Francouz (1.90 GAA) frustrate opponents with glove saves.  Colorado is plus nine in goal differential, Cale (Dude, where’s) Makar has six assists, and Avalanche Country is excited to see more.

Despite the furious start, Colorado Avalanche fans haven’t seen a thing unless they’ve attended a game at the Pepsi Center as Kroenke Sports & Entertainment battles it out with Comcast, DIRECTV, and DISH in their own Power Play of sorts.

The result is that Avalanche fans have missed the entire season so far as they sit by a dark screen yelling, “What the puck?!?!”

And it’s not just hockey. The Colorado Rapids of Major League Soccer is in jeopardy of having their games missed as well.  Which leaves fans wanting to kick someone’s balls.

The Colorado Mammoth of the National Lacrosse League are also on the list to be ostracized.  To that, fans should say, “Stick it up your…” 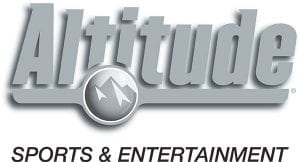 In late August, the Altitude Sports Network and the three major providers, Comcast, DIRECTV, and DISH failed to agree to a new contract, leaving the Network without a home and all Avalanche, Nuggets, Rapids, and other fans without televised coverage for the foreseeable future. 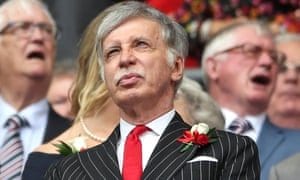 As usual, the fans are the ones that get hurt during slow negotiations.  But the question is, who is to blame?  Stan Kroenke and his Sports and Entertainment company, or the three big cable providers? 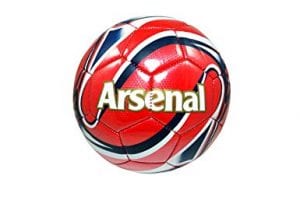 And what about you Stan Kroenke!  You’re a Billionaire that owns the Colorado Avalanche, Denver Nuggets, Colorado Rapids, Colorado Mammoth, Pepsi Center, Dick’s Sporting Goods Field, the Altitude Sports Network, and just for fun, the Los Angeles Rams and Arsenal soccer team from the English Premier League as well.  What kind of sicko uses our local sports teams and fans as hostages in a contract negotiation?

To Comcast, DIRECTV, and DISH: do you really want to play hardball with a billionaire with this kind of money, in an environment in which your program could easily be streamed, pay-per-viewed, downloaded, podcasted, or sold to Amazon tomorrow?  You have no leverage.  Make a deal.

What are you laughing at Stan Kroenke?  Your Altitude Network is based on three things: the Colorado Avalanche, the Denver Nuggets, and the fans that tune in to watch.  If you are thinking that Golf @ Altitude or Let’s Talk Sports with Vic Lombardi is a leverage play, you’re mistaken. 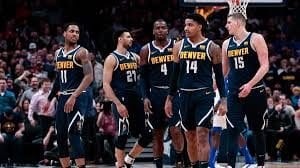 The reality is that the Colorado Avalanche can’t survive without a television contract, and there are few options to watch elsewhere.  NHL’s Center Ice provides plenty of games throughout the league, but is obligated to blackout Avs games due to contracts and legal issues.  The same goes for the Denver Nuggets and NBA League Pass.

It’s time for both of you to kiss and make up.

The Avs are finally relevant and off to a hot start after all these years, and the Nuggets season starts in just a few weeks.  Get this done, or before you know it, you’ll both be irrelevant, and your fan base will end up snuggling up in bed early with a laptop…watching Netflix.

Alan Tapley
Alan Tapley is an educator, author, and blogger who has lived just outside of Boulder for the last twenty years.  His published work includes two novels, two children’s books, a series of cartoons in the Minneapolis Star-Tribune, and multiple sports related articles. His love for family and the state of Colorado is only matched by one thing, his passion for sports.  The first baseball game he ever attended was at Wrigley Field, before there were lights.  At the final Bronco game at the old Mile High, he allegedly cut out a piece of his seat in the South stands.  But regardless of being here for the Avalanche’s last Stanley Cup, the Rockies only World Series appearance, and all the Broncos’ Super Bowl Victories, his wife never fails to remind him that he wasn’t at the University of Colorado in 1990, like she was.  The year the Buffs football team won the National Championship.
Tagged: Altitude Sports NetworkColorado AvalancheColorado MammothColorado RapidsDenver NuggetsMikko RantanenNathan MackinnonNBANHLStan Kroenke